Clemens Guettler, right, shakes hands with Naul Bodden, one of the new owners of The Wharf. - PHOTO: JAMES WHITTAKER

Clemens Guettler, who opened The Wharf in 1988, has sold the popular restaurant to the owners of Grand Old House.

At the age of 70, Mr. Guettler, who won a lifetime achievement award for his contributions to Cayman’s tourism industry in 2014, said it was time to move on. He said he was happy to have found a buyer who had the “magic formula” to continue the success of the restaurant.

I wanted it to stay as a Caymanian entity and not go to some developer who would knock it down and build condos,” he said.

This way, The Wharf stays as a restaurant. It has the best location in the Caribbean, if not in the world.

I have lost count of the many dinners we served. It is in the millions, I definitely made millions and I wish the same luck to my successors.”

Mr. Guettler, who coincidentally worked as maître d’ at Grand Old House in the 1970s, said the new owners were a good fit for The Wharf.

I have been looking for a few years for someone to take it on and this was the perfect match because they decided to take on all my wonderful employees, some of whom have been with The Wharf since it started,” he said.

The new ownership group took over the restaurant on Oct. 1.

The Grand Old House group Tell All Ltd., made up of Naul Bodden, Andreas and Axel Ugland, Julia and Peter Kandiah, and Dale Crighton, has acquired an 80 percent stake in The Wharf. Cayman Sunset, owned by George and Cindy Rusu, acquired the other 20 percent stake. Mr. Bodden said he had jumped at the chance to take on a successful business. 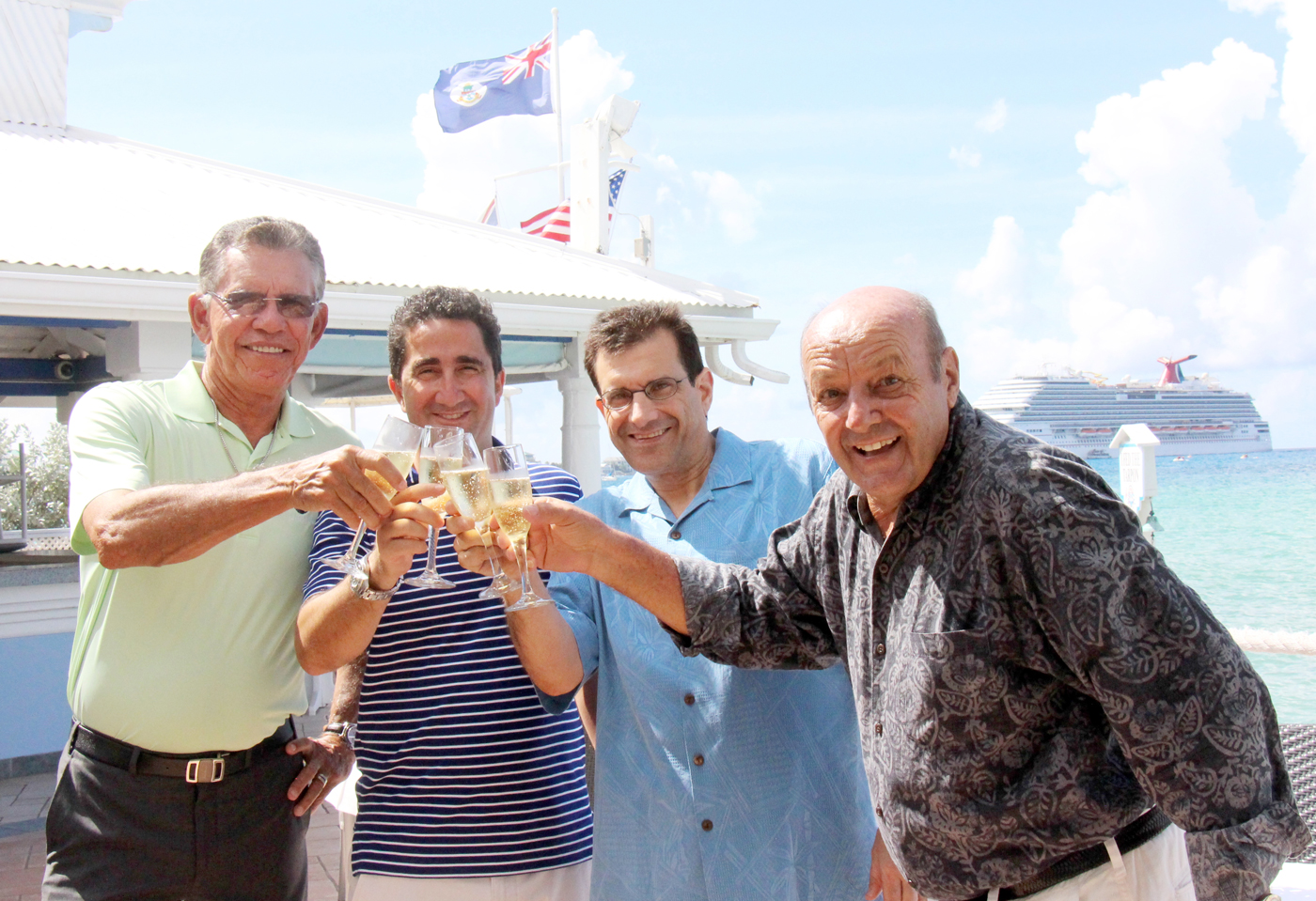 It complements Grand Old House very well,” he said. “Now we have two large historic properties on the ocean. It is the perfect mix and that is what made me proceed with the acquisition.

We don’t want them to directly compete with each other, so we will have to see how they can complement each other and offer different experiences.”
Luciano De Riso, head of operations at Grand Old House, will take on the same role at The Wharf, with Reno Mancini remaining as restaurant manager.

Mr. De Riso said there would be some changes, particularly to the menu, but the “soul of The Wharf” would stay the same.
The Wharf will still be The Wharf. We will make some adjustments but we can guarantee salsa nights, Boogie Nights, Barefoot Man, will be part of The Wharf for years to come.”

Mr. Guettler, who plans to spend more time with his grandchildren in Portland, Maine, will be invited back as guest bartender every month, he added.