I recently had the pleasure of shooting the wedding of Ro(han) and Leslie. The wedding ceremony took place at the Cayman Islands Baptist Church where they both met. The reception was at the Grand Old House.

Leslie caught Ro’s eyes straight away. He still remembers what she was wearing the first time he laid eyes on her. She, on the other hand, just showed him the cold shoulder despite all his efforts. She thought he was cute but having just finished a relationship she was hesitant to rush into anything new.

So they slowly but surely fell in love during their weekly band practice. The first official date was an awards ceremony in 2008 where Ro’s mum received the Golden Apple (Teacher of the Year) award. Leslie then realized how important family was to Ro. And the rest is history ….

My favorite pictures from this wedding are the group shots with the limousine in front of the Royal Poinciana (Flamboyant or Flame Trees) which bloom during the rainy season each year. They smell as good as they look!

A big thanks to Lions Production for the fabulous decor and flowers. 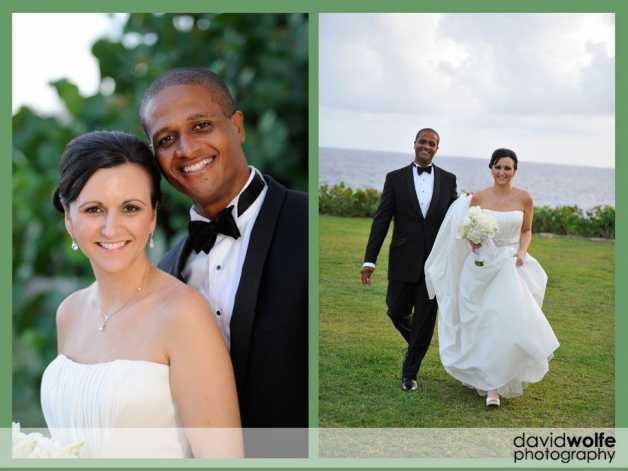